OH, I could just eat that cute little Soccer Player UP! 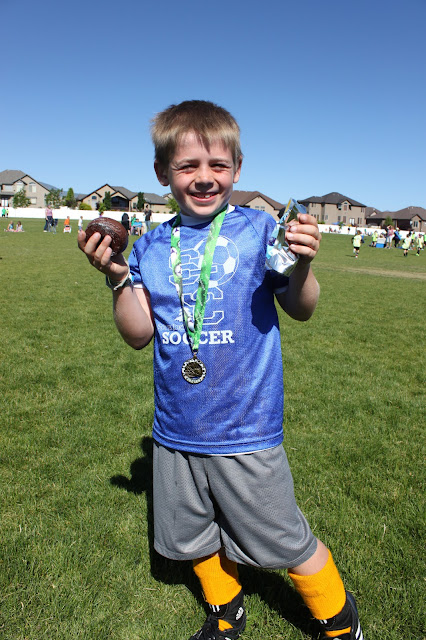 With the move, we didn't have time to sign Corbin up for a soccer team in Murray this year.  But we talked to a few people in the new ward and we able to finish up half the season in South Jordan.  Corbin joined the Monte Vistas...and I have to say...he was pretty GREAT! 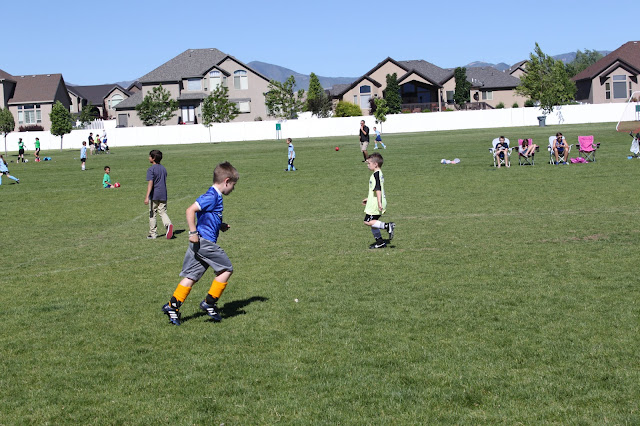 He rocked it and made two goals on the last game of the season. 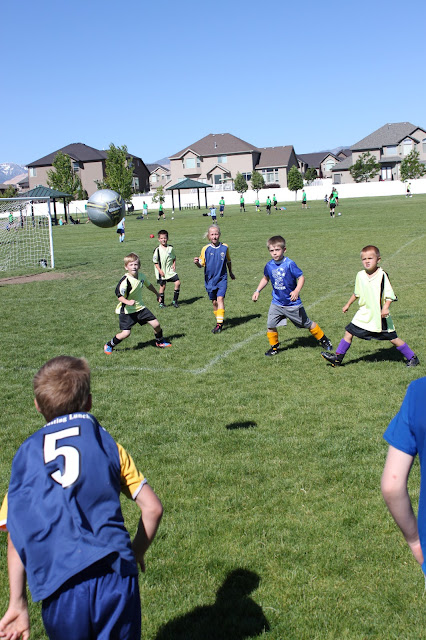 He also made a few buddies too! 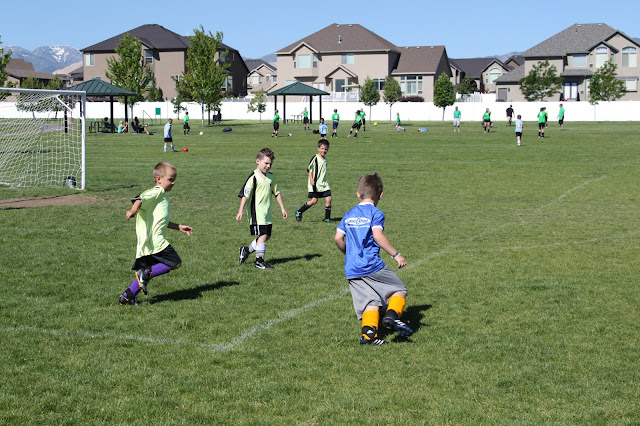 Here he is just before he nailed the ball into the net!  I think he was about to Bend it like Beckham...but he didn't want to come off as too much of a showoff!  :) 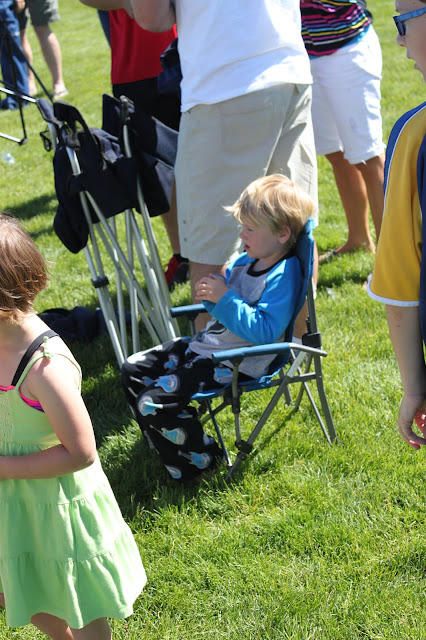 What did Jaden do you ask...besides NOT get dressed? 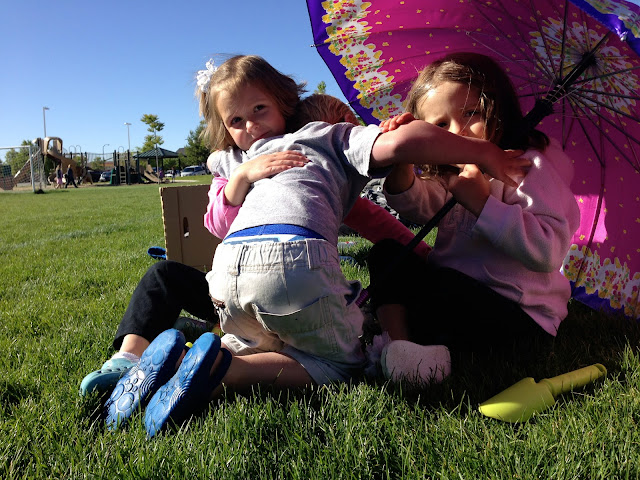 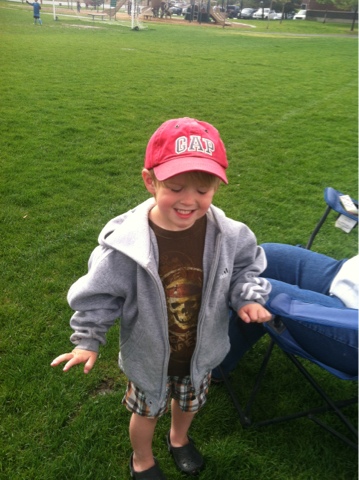 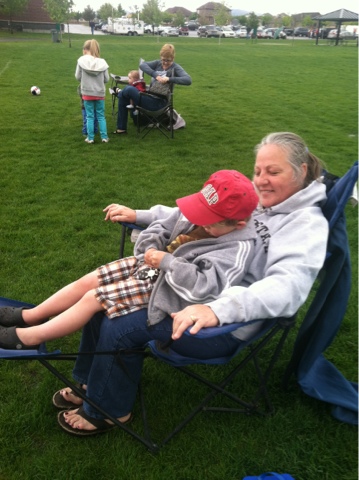 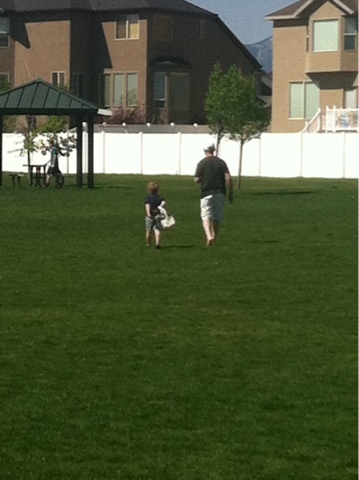 OR, made each of us race him to the Gazebo OVER and OVER again.

I'm so proud of my little Corbin this year!  He's quite a little athlete and a GREAT team player! 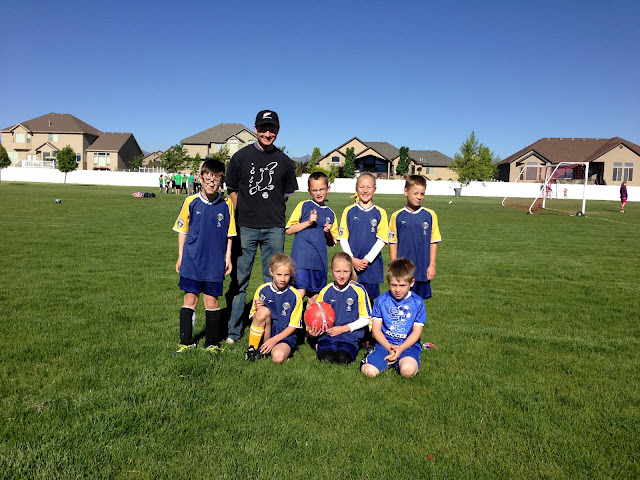