Once a week my cousin Lanae and I try to get together and take our kidlings on a little outing. Today we ventured out and went to the Aquarium. It was so fun watching Corbin trying to "hold" all the fish. He kept saying, "No, I hold the fishy mommy!" It was super fun. 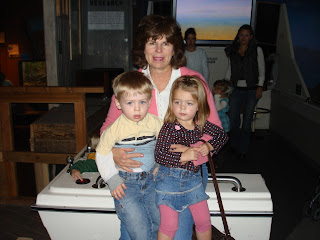 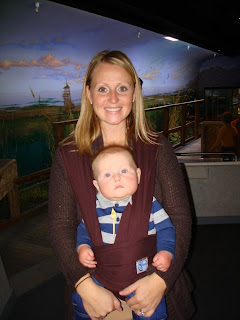 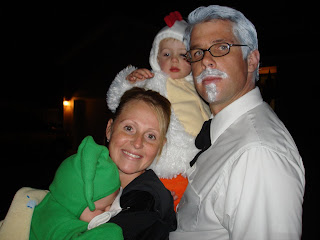 Okay, so this was the first year that we have really taken Corbin out Trick or Treating. (Jackson came too, but he didn't make it too far.) Corbin and I decided to be Colonel Sanders and his original recipe chicken this year. He looked finger lickin' good. We had such a fun time going from house to house. Corbin just kept knocking on the door until the people came he proclaimed "knock or treat" and subsequently picked out his candy and said "Oh Thanks!". He then proceeded to want to eat said candy until the next house. When he found out that there was more candy to be had he dropped it into his bucket and we started again. This went on for hours until, by the end, I was carrying him from house to house. When Daddy's back got too tired we called it quits for the night. 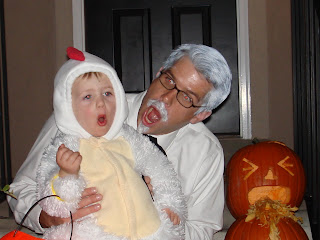 Corbin and the Colonel 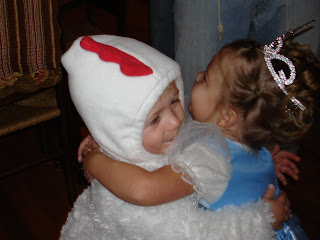 The Princess loves her Chicken
Posted by Coby at 10:41 AM 4 comments: 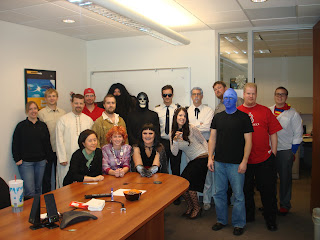 We did some serious Dance Dance Revolution. Even the Colonel has the moves.
Posted by Coby at 10:32 AM No comments: 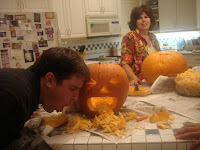 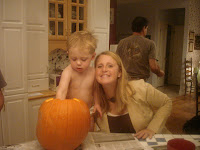 We had a great time carving pumpkins on Sunday even though Corbin thought the guts were "scary". I carved my pumpkin in honor of Corbin throwing up on Tiffany the other night.
Posted by Coby at 10:27 AM No comments: