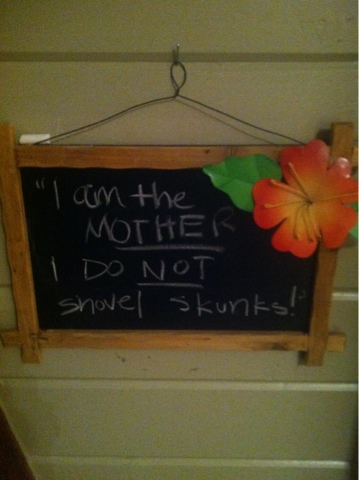 Joanne put is all in charge of "Something" that needed cleaning or organizing.  As the boys were cleaning up the yard, a yucky rotting old skunk was discovered.  NO one wanted to move it...so Joanne said, "I am the MOTHER, I do NOT shovel Skunks!!!  It was pretty funny and HAD to make the chalkboard!! 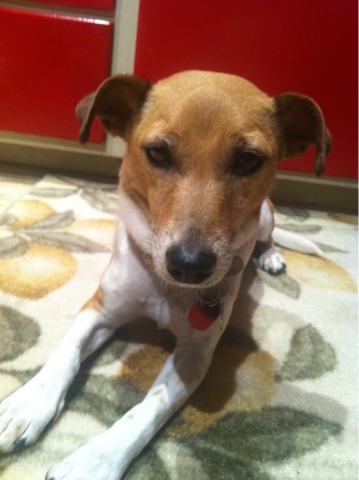 He even got a new friend...Honey got a little puppy named Rosie that she rescued from Furburbia in Park City. 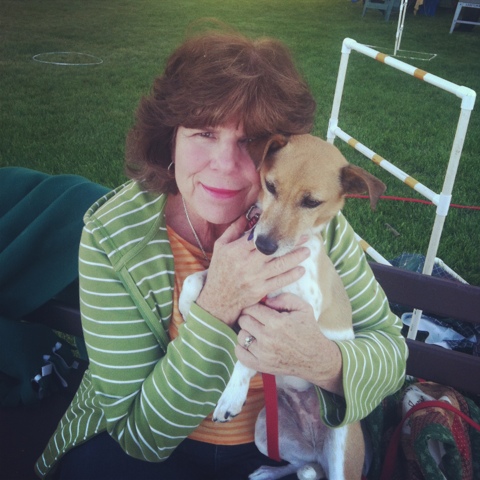 I don't think I've ever seen a little doggy love someone like Rosie loves her Honey!  And just in time, Joanne, I think needed her just as much.  They are a perfect little match!  Joanne is definitely Rosie's "person"! 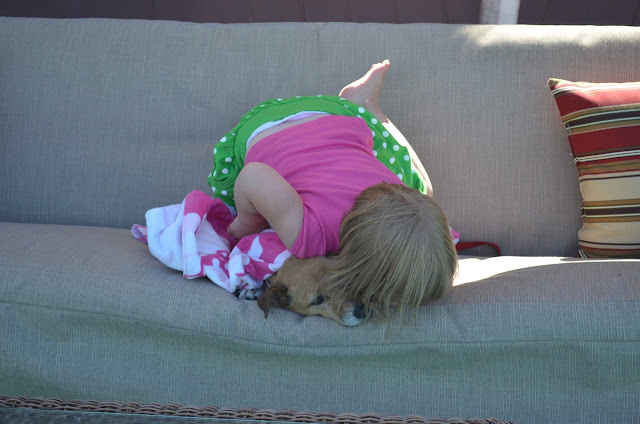 Poor Rosie...she got LOTS and LOTS of love...maybe even a little too much love! 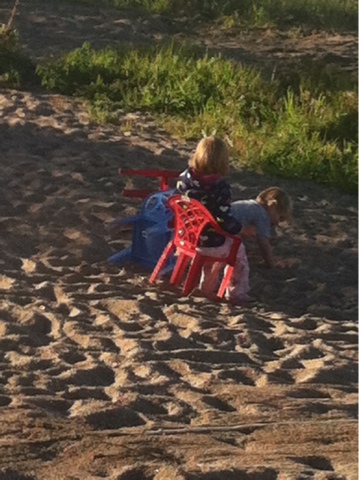 While the adults worked, the kids worked too...getting dirty in the sand! 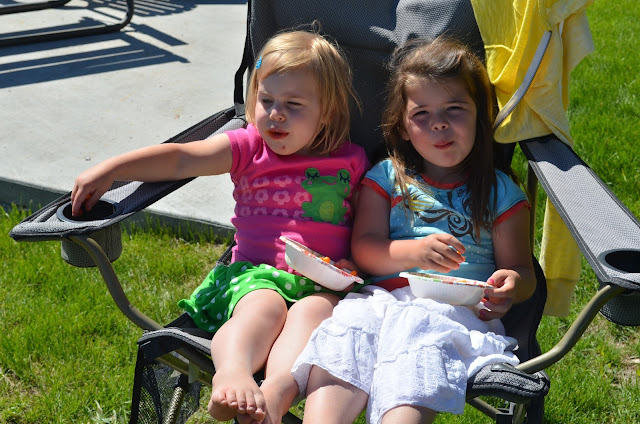 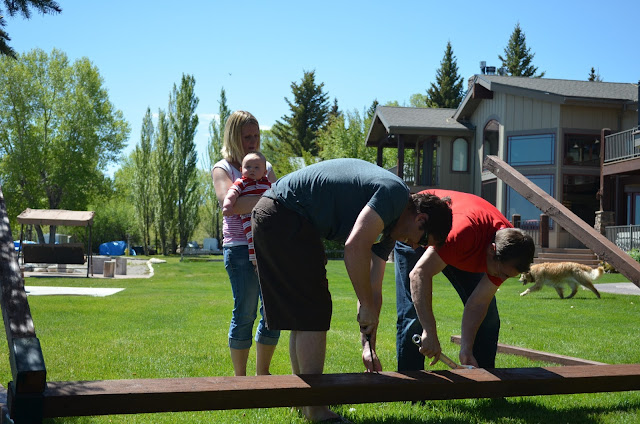 The boys put together a swingset.  I was busy too...watching!  Coby once told me shortly after we were married and were trying to paint our front livingroom, "You know, I think I really did marry my mother!"  Taking that as TOTALLY a compliment I said, "Really...why?"  And his response was, "She liked to watch me work too..!!!"  That little stinker!!! 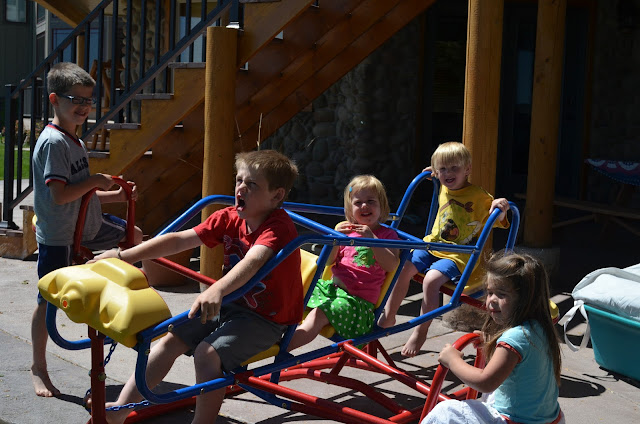 The kids flew the plane...and I can't tell, but I think Corbin looks like it may be in a little bit of distress!!! 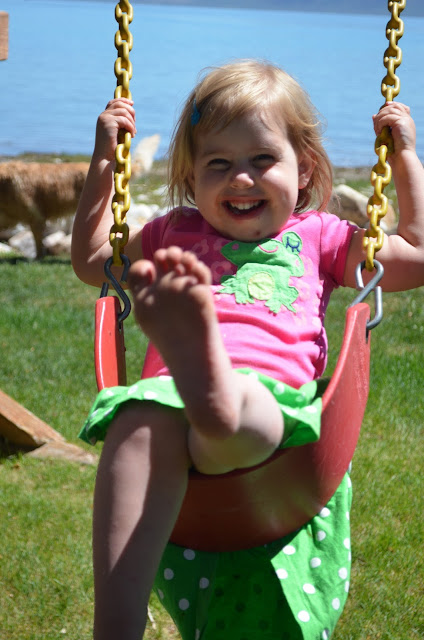 Love that smile on Livvy Loo! 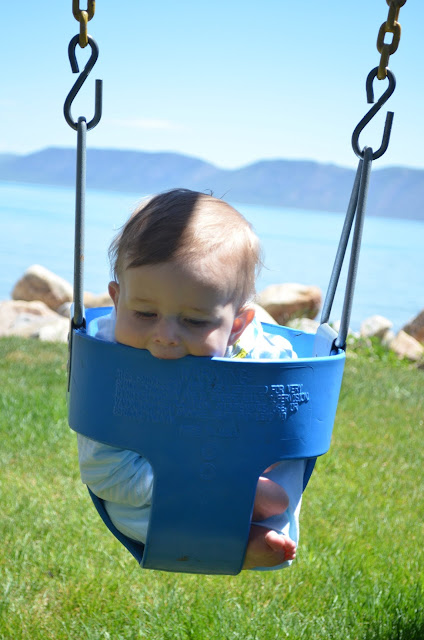 I think Tyson was getting hungry! 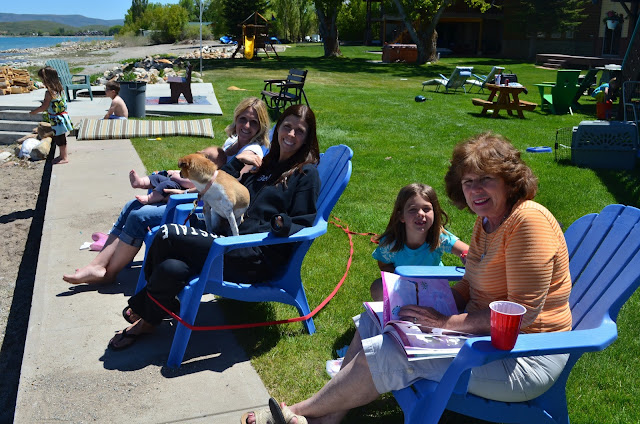 Here's us girls just doing what we do best...hanging out and relaxin' by the lake...the beautiful beautiful lake! 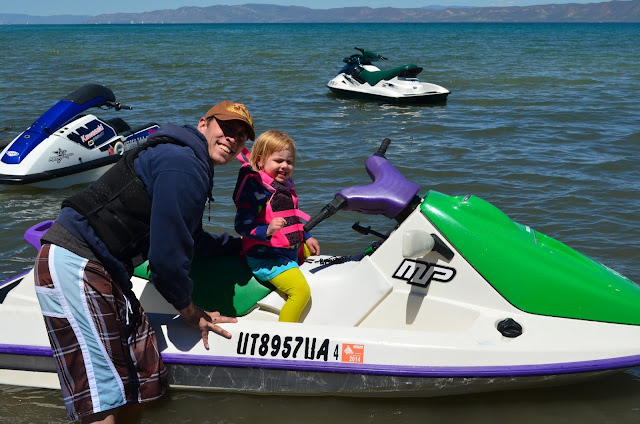 Coby and Lance bought a Jet Ski for the summer from Ben.  Livvy and Lance are giving it a little test ride.  Livvs loved it!  I can't wait to get the boys out on it this summer!  Coby even thinks he'll be able to teach Jaden to ski behind it. 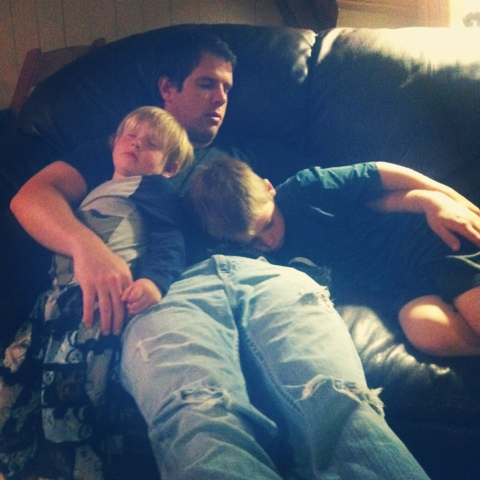 But at the end of the day, my boys were pretty tuckered out!

We love coming to Bear Lake.  We are so grateful for the fun memories we are so blessed to have because of the Cabin.  Thank you Honey and Poppy!  (He's still there you know...even if we can't quite see him...boy do we miss him.)
Posted by Tiffany at 1:55 PM