For the past few years, Camille, Tiana and I have been going to see the midnight showing of Stephanie Myers "Twilight".  It's totally a cheesy, ooey gooey love movie but I've always had the BEST time going with them to see them. 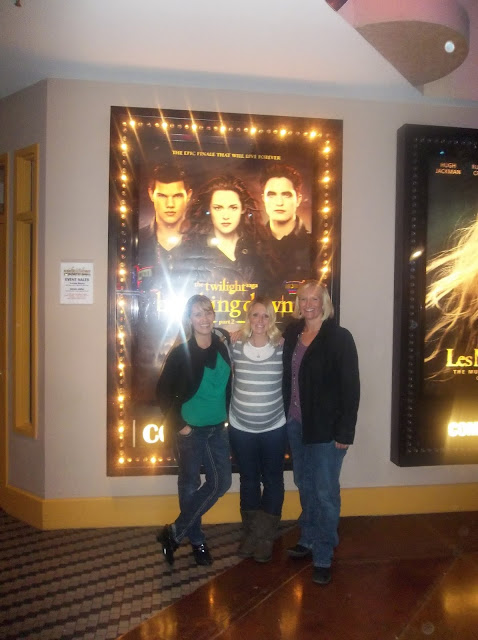 This year Camille was able to find us tickets a little earlier (10pm) and we all met at the theater a little early, found a table and got to catch up. 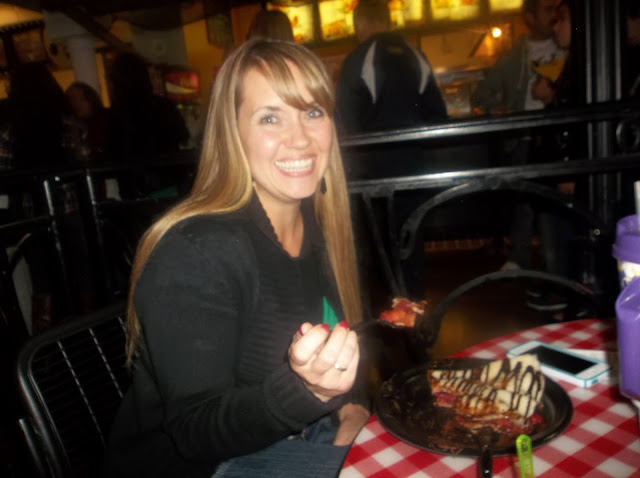 Camille tried out the crepes.  They were so good, I think that Nutella may have to become a permanent staple at our house.  It was SO yummy! 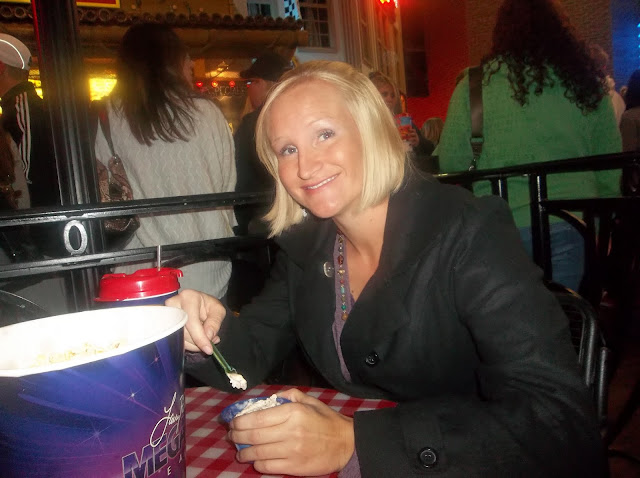 Tiana got some snickers gelato. 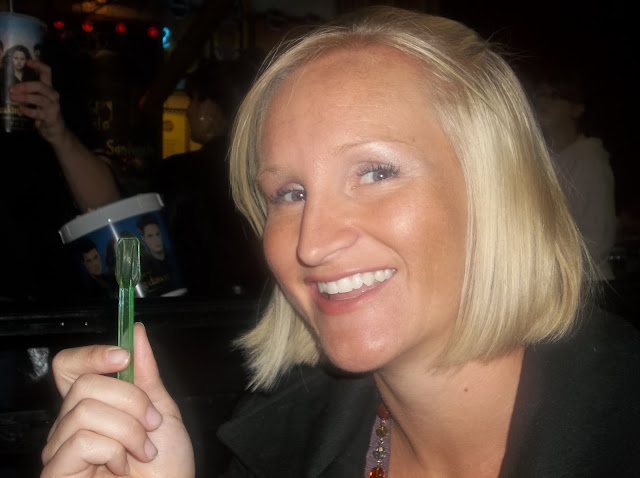 Then she told me that story of the "shovel" spoon.  The spoon kind of resembles a shovel...but since it's a very small shovel, women (who we assume any and all ice cream from the beginning of time was created for) wouldn't feel so bad about eating with a shovel due to it's teeny tiny size!  Tiana, is seriously a RIOT.  I wish she didn't move away, but it's always fun to get together and play.

The movie was surprisingly pretty good!  It had a little twist in the end and I kept leaning over to Cam and Ti and asking them, "Do you remember this happening in the book..."  I was VERY concerned because it took me so far off guard!  It all worked out and I was finally able to breathe when it was all said and done.

After the movie was done I wished the day wasn't over, because I was so wired from the movie, the amazing company and quite possibly the giant mug full of diet Dr. pepper...that going home to bed didn't seem very fun!  So, after Cam and I said goodbye to our dear friend Tiana (who had to drive home to Lehi) we sat in the my driveway and chatted for another couple hours.  I thought it was ridiculous when Coby said to me before I left that night, "So, I can expect you home about 2:30 this morning..." He was right...as usual!  I don't know what it is about talking to Camille, but I can talk to that girl for hours on end and still come up with things to talk about it!  Usually in the beginning of friendships there are SO many things to say...and then after a while you've said most of them....Not with Camille!  It's always a conversation blast!  :)

Thanks babe for letting me have yet ANOTHER girls night this month before our snugly (hopefully) little monkey gets here!  YOU are the best!  :)
Posted by Coby at 11:02 PM

What a fun night! Love you girl and love that we can talk and talk and talk. I always have the best time with you!!! We are going to have to find a new series of movies to follow since Twilight is over! :(