Fun in the Summer Sun

This summer has been FILLED with lots of fun in the sun! 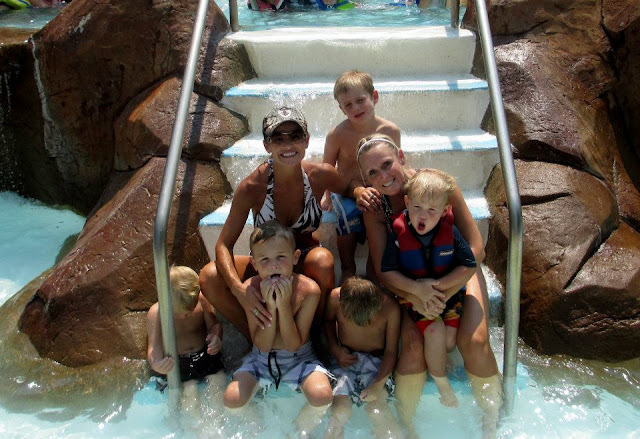 We bought the Pass of all passes to Seven peaks again and hung out with Lanae and her boys at least once a week.  Lanae was never without her camera....thank goodness, because I NEVER had mine! 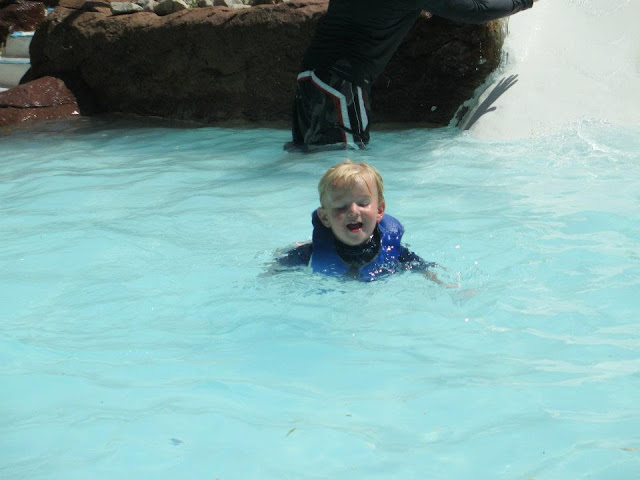 This little boy wanted to go down ALL the slides.  I took him down as many as I could this summer, until they "noticed" that I was sporting a pretty big "BUMP".  I tried to convince them at I had just had a "really big lunch..." But eventually, that didn't work and I could no longer slide down with Jadesy. 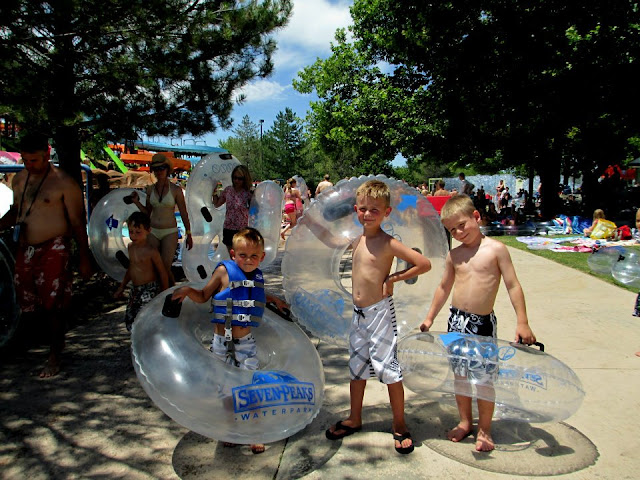 These three amigos were constantly having races going down the slides. 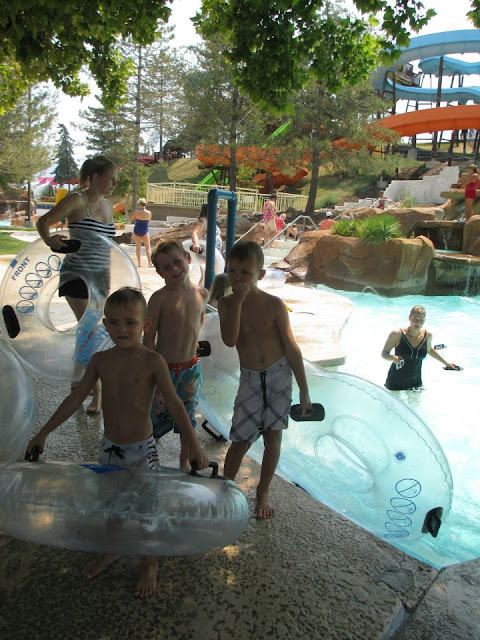 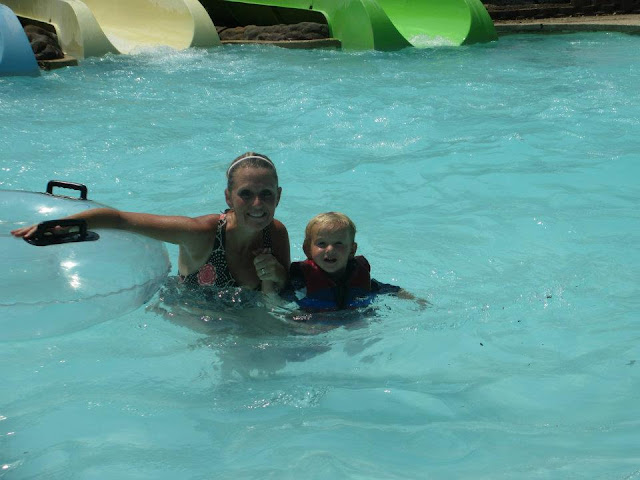 And so was this little duckie! 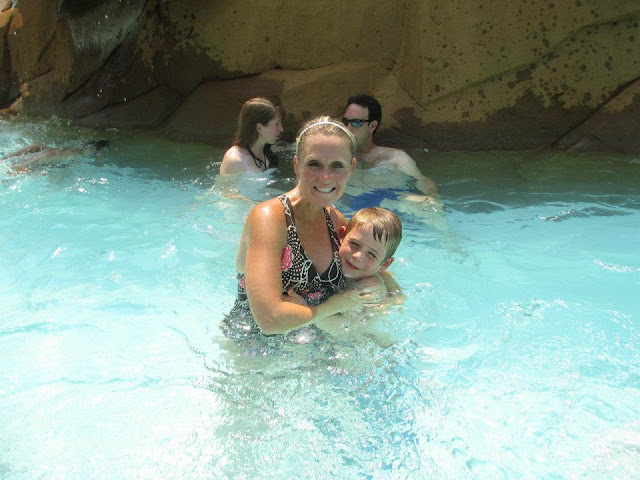 Oh, how I love this little monkey...uh..fishy?? One of the days this summer, Corbin brought a few of his buddies (Coleman and Colton)  They had a BALL! 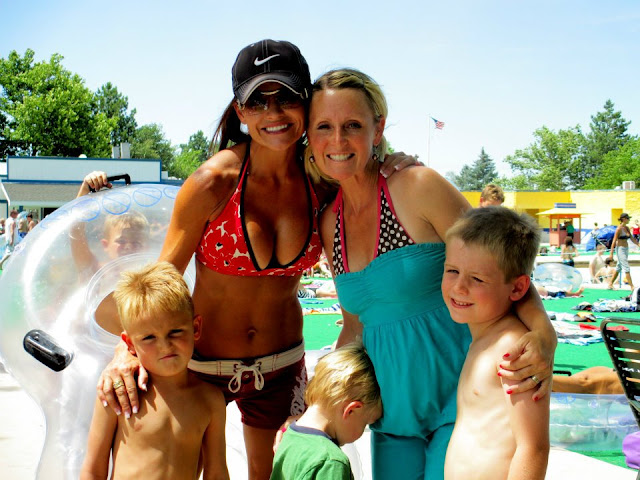 I ALWAYS had a ball with this cute girl!  I think Jadesy was sad that we were leaving after like 7 hours at the park!! 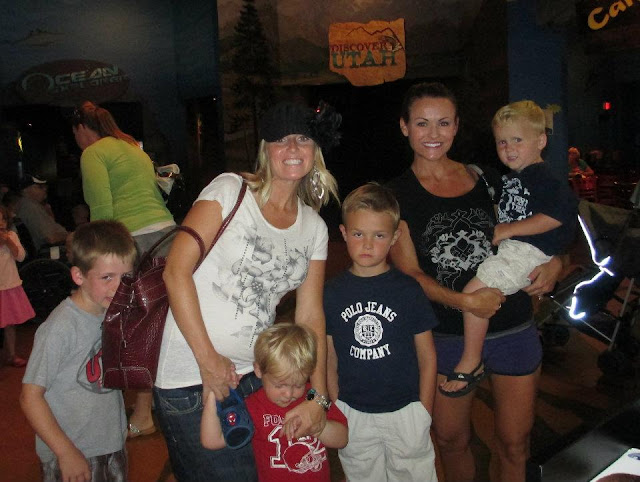 On days it rained...we found things to entertain ourselves....We hit the aquarium.  On this particular visit Jaden and Corb had wondered into the area with the stingrays.  Corbin comes running to find me to inform me that Jaden was sticking his HEAD in tank to get a better look at the stingrays!  That little toad! 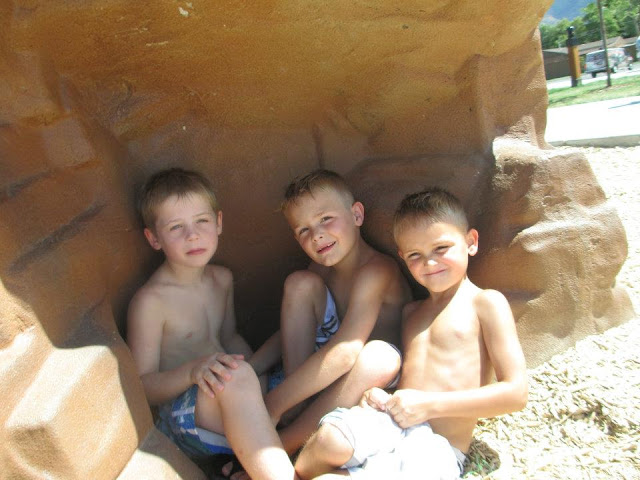 Other days we made our way to the new spashpad in Sandy.  It was SO crowded most days.  I think it's funny that these three little amigos found the ONLY shady spot and chilled for a while. 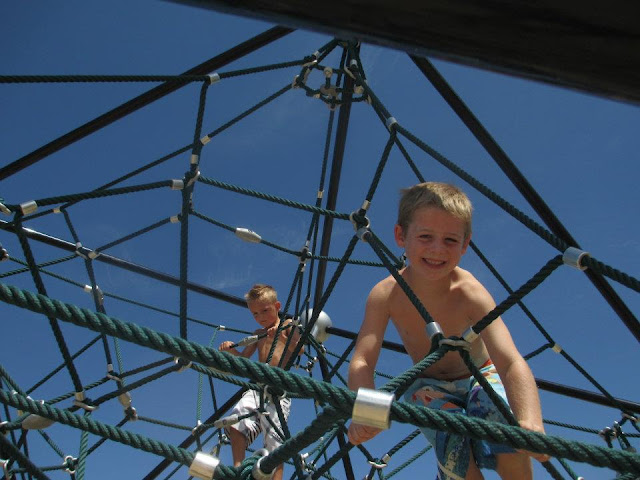 They did ALOT of climbing... 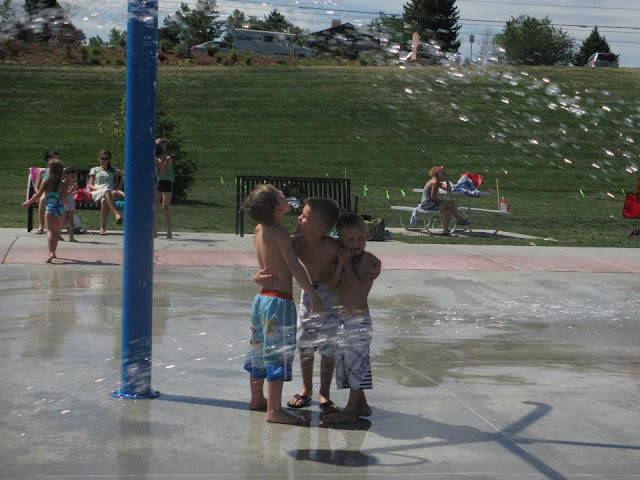 And playing in the water.  I love this picture of Jordan hugging Corb and Austin.  Austin was scared because of fire truck sirens going off...so he just held his brother and cousin close!  :)  Very sweet! 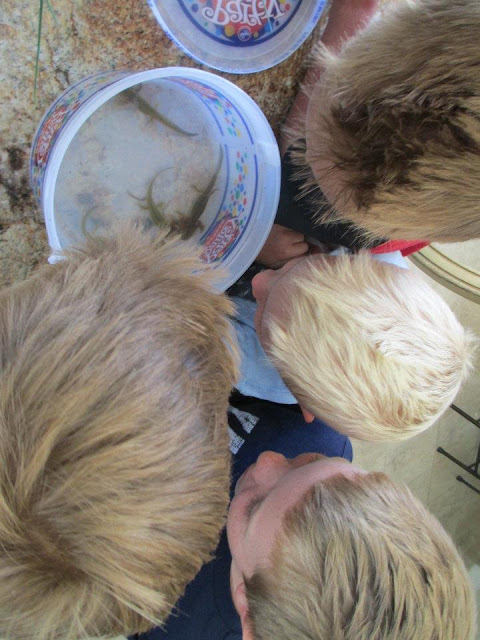 Once, there was a group of kids selling salamanders. If you've never seen a salamander...let me be the first to tell you that they are ONE UGLY creature.  Since they were selling the salamanders for $1...we bought (well, NANA bought) 2.  And unfortunately, they may have ended up cooking in the glass container of water we put them in and left out on the back deck.  (In my defense...we were only gone a couple of hours and how was I supposed to know that the glass container would act as a magnifying glass....)  Corb was pretty sad...I felt horrible. 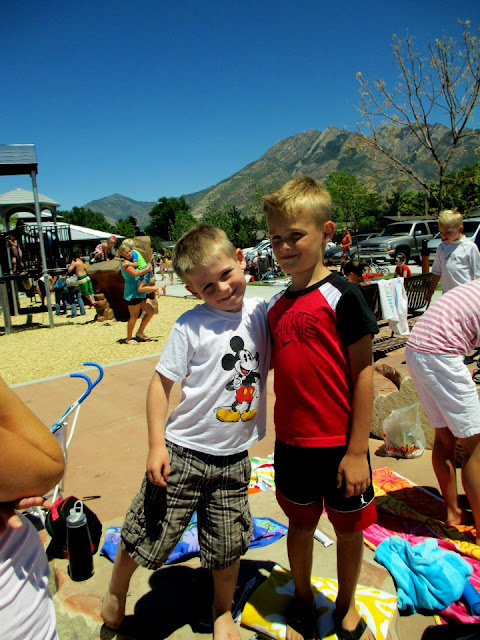 These two are little buds and I LOVE it! 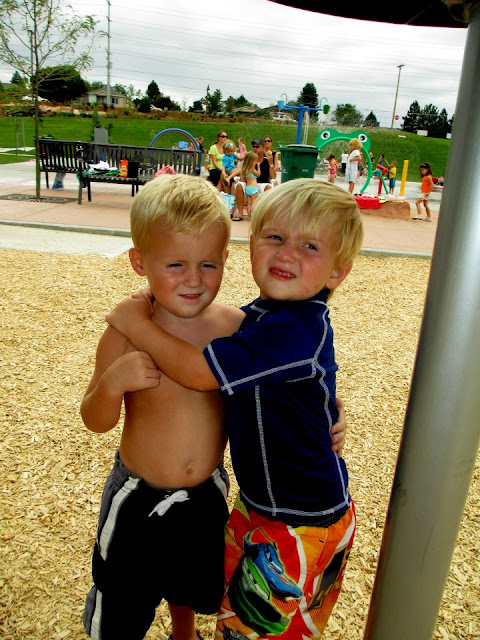 These two are buds as well, but look more like twinners!

We have had such a fun summer!  I'm sad to think that it's nearly over.  Thanks Little for taking lots of pictures and letting me steal them!  WE LOVE playing!  And I'm not sure who the playdates are actually for...the kids....or Lanae and I??!!  I think Lanae and I know the truth.  I love this girl through and through!
Posted by Tiffany at 9:32 PM

HA!!! And don't ever tell our kids that our playdates are really, truly, just for US! Well, they do benefit quite a bit. I love you honey! I loved that we had such a FUN summer; we covered a lot of ground this summer. Now we need to start thinking of some new spots. I love you SO stinkin' much. xoxoxo, little