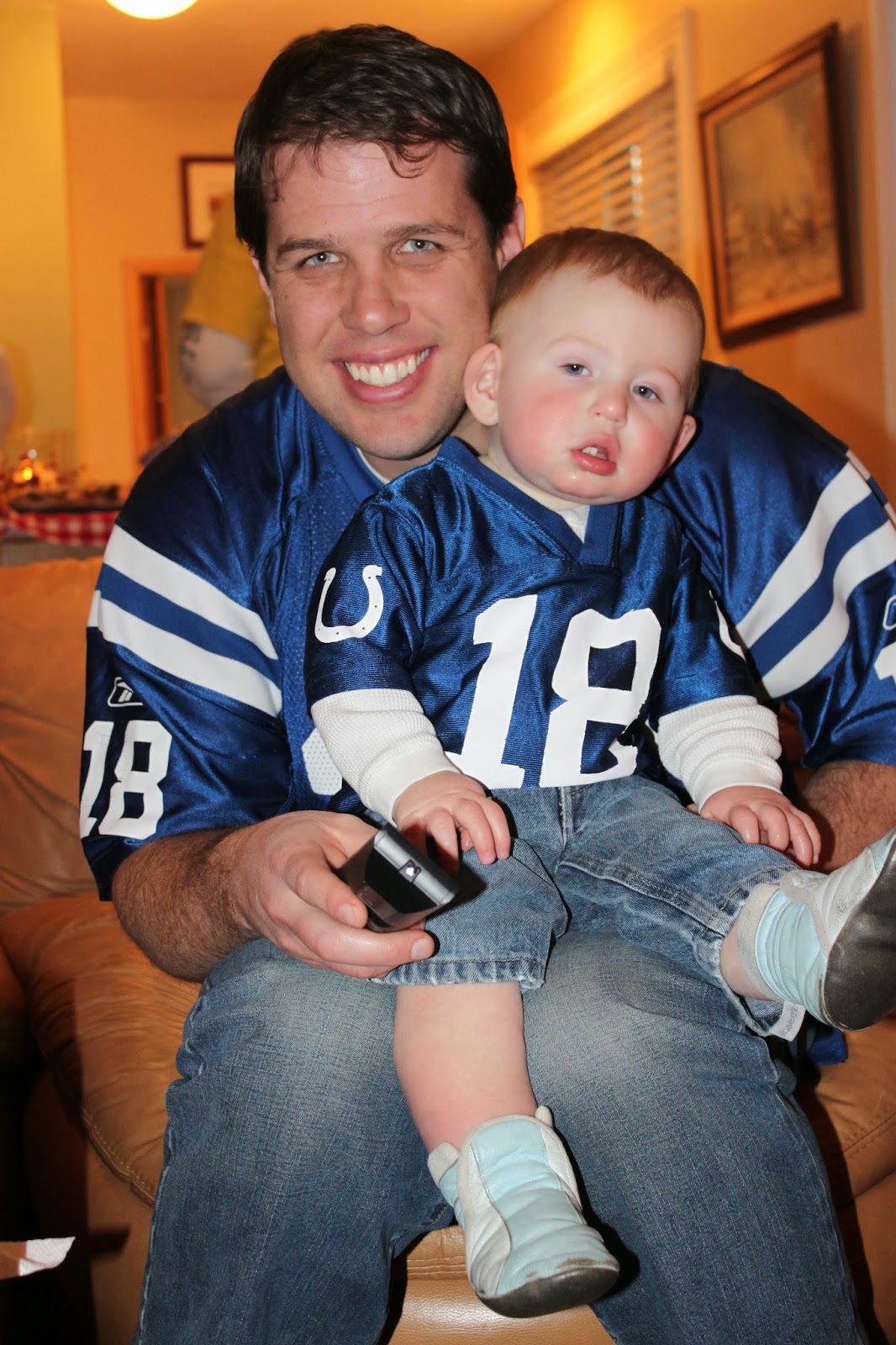 Okay...so they don't exactly have a Bronco's jersey....so we worked with what we had. And since we root for Payton Manning anyway...and he used to play for the Colts....And when he was a Colt they actually WON the Super Bowl of 2011.  Too bad it didn't work out for them.   By a LONG shot! 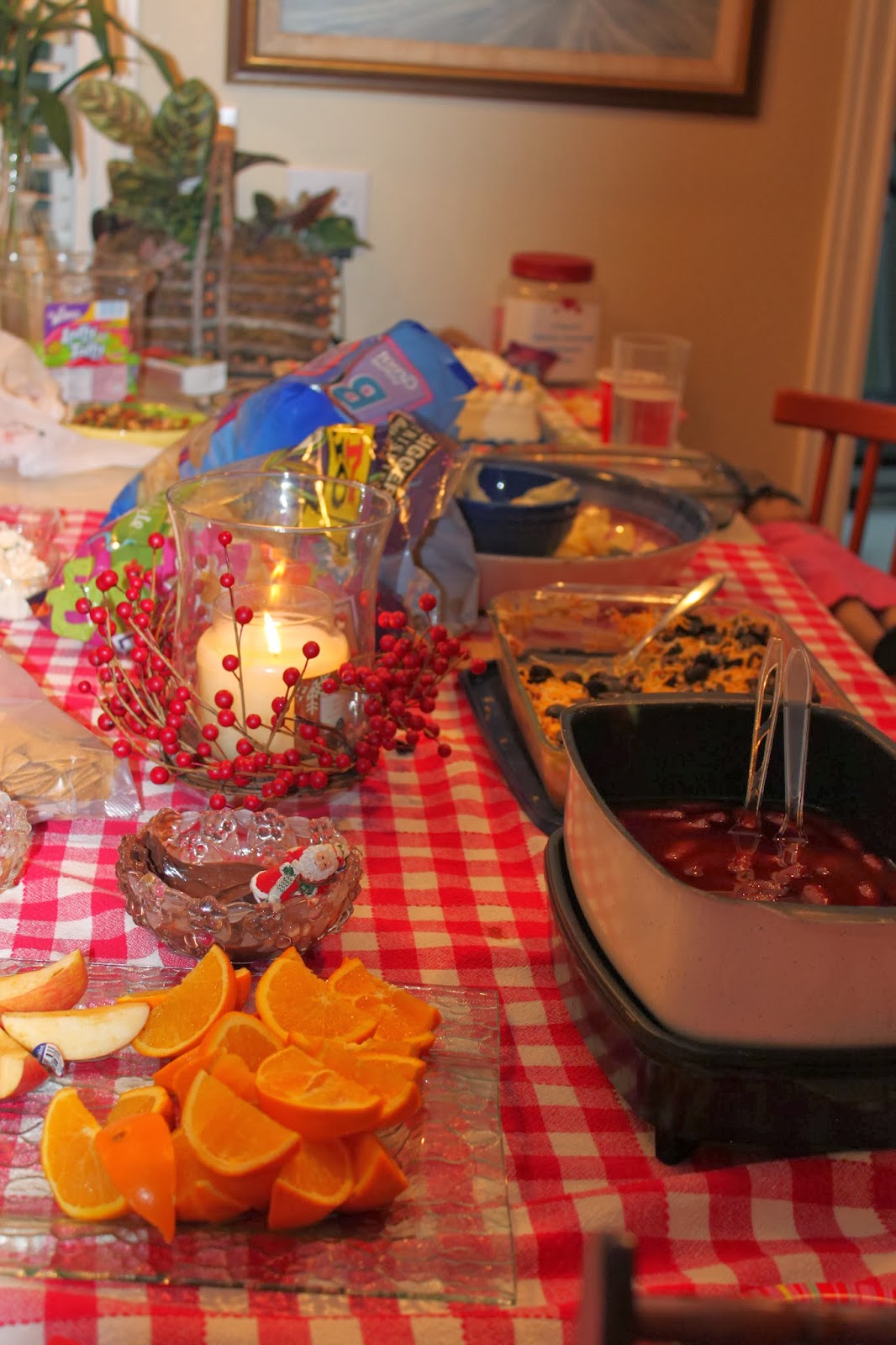 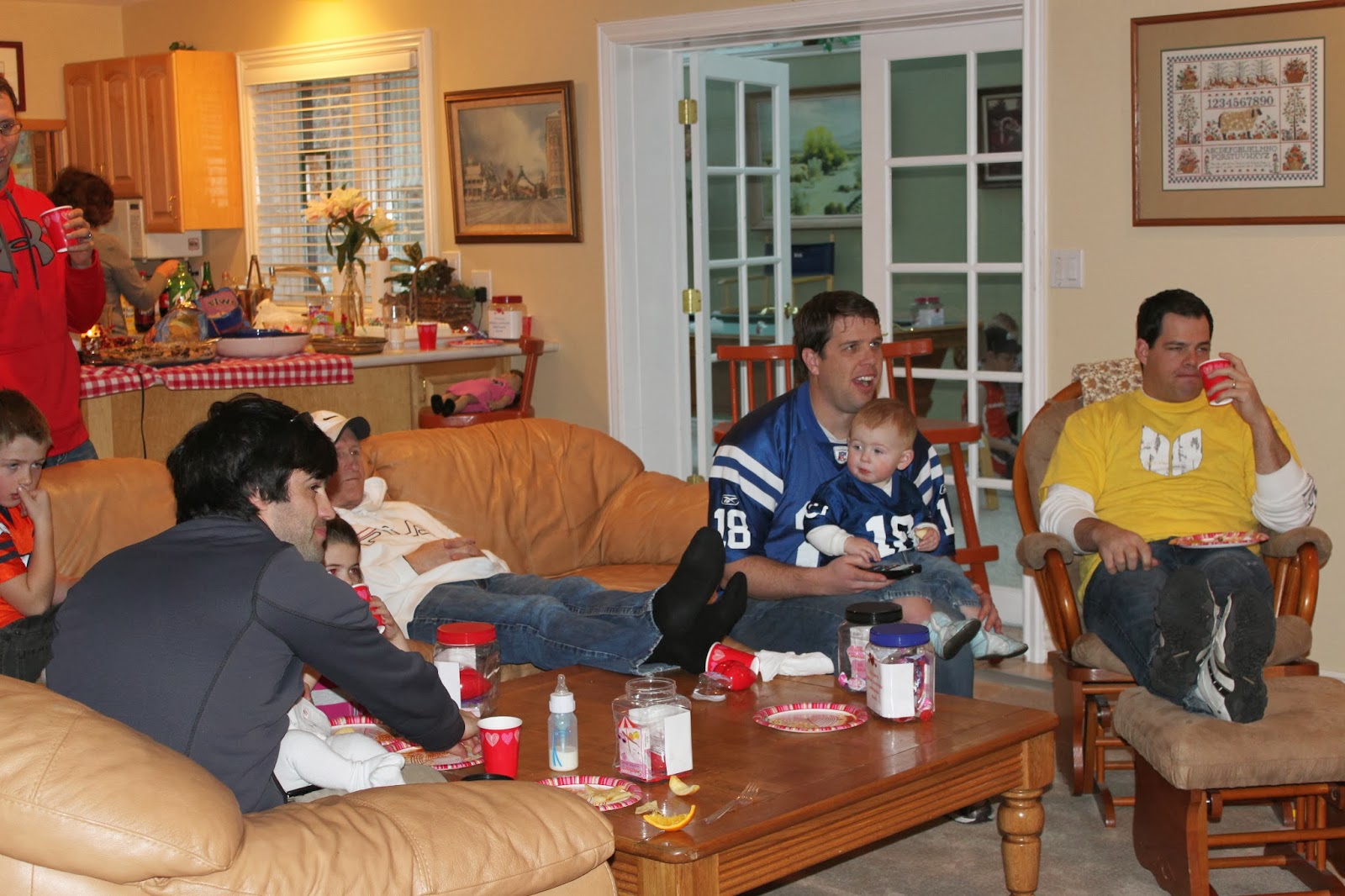 Coby and his "eager" to watch football brothers, my dad and Lance. I say "eager" because apparently Coby got all the "sports" obsession genes in the family.  ALL. OF. IT. in one guy!!! 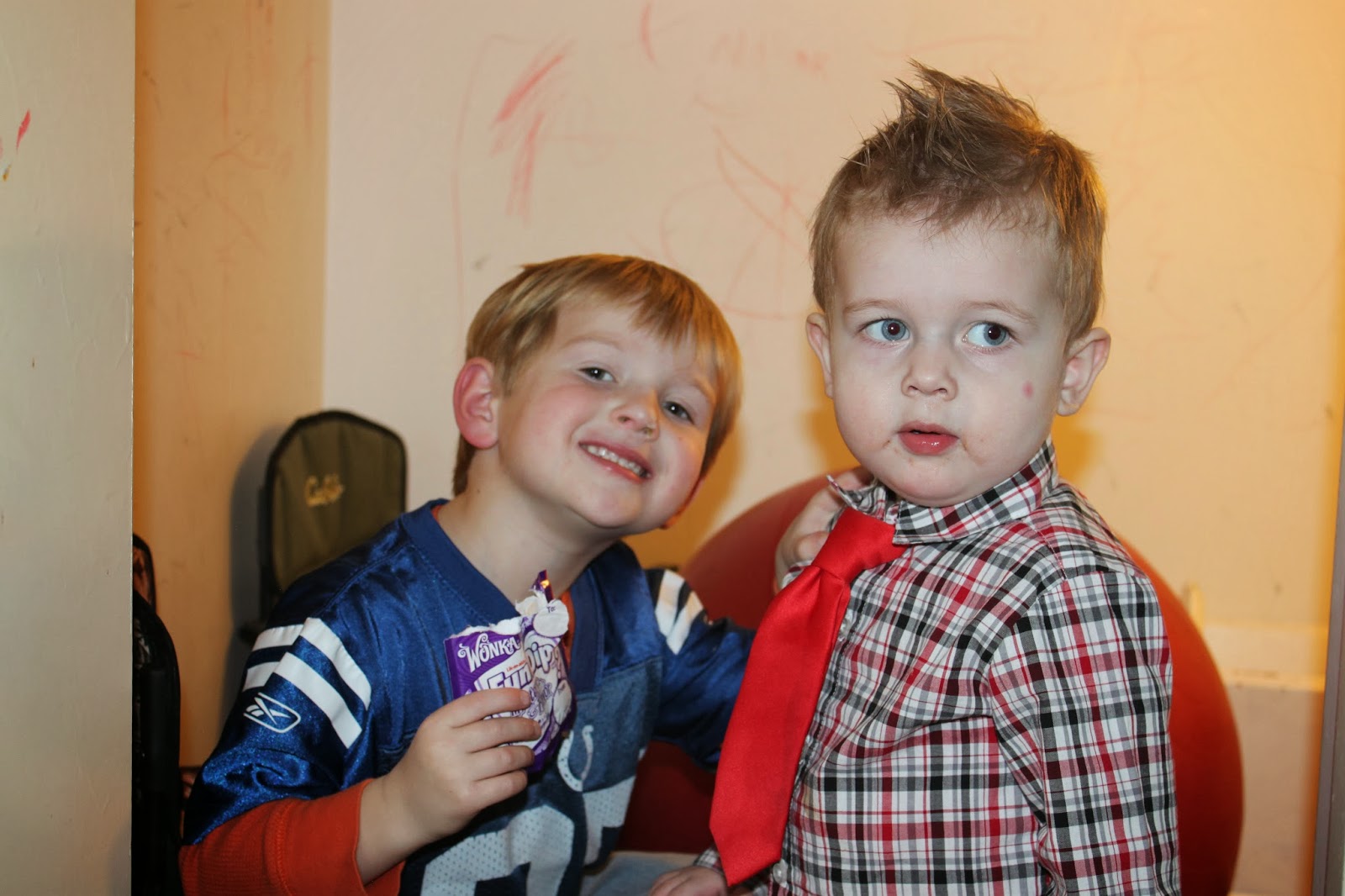 Jaden played happily with his cousins in their little club house under the stairs.  I think he's trying to welcome Tyson into the cousin's club. 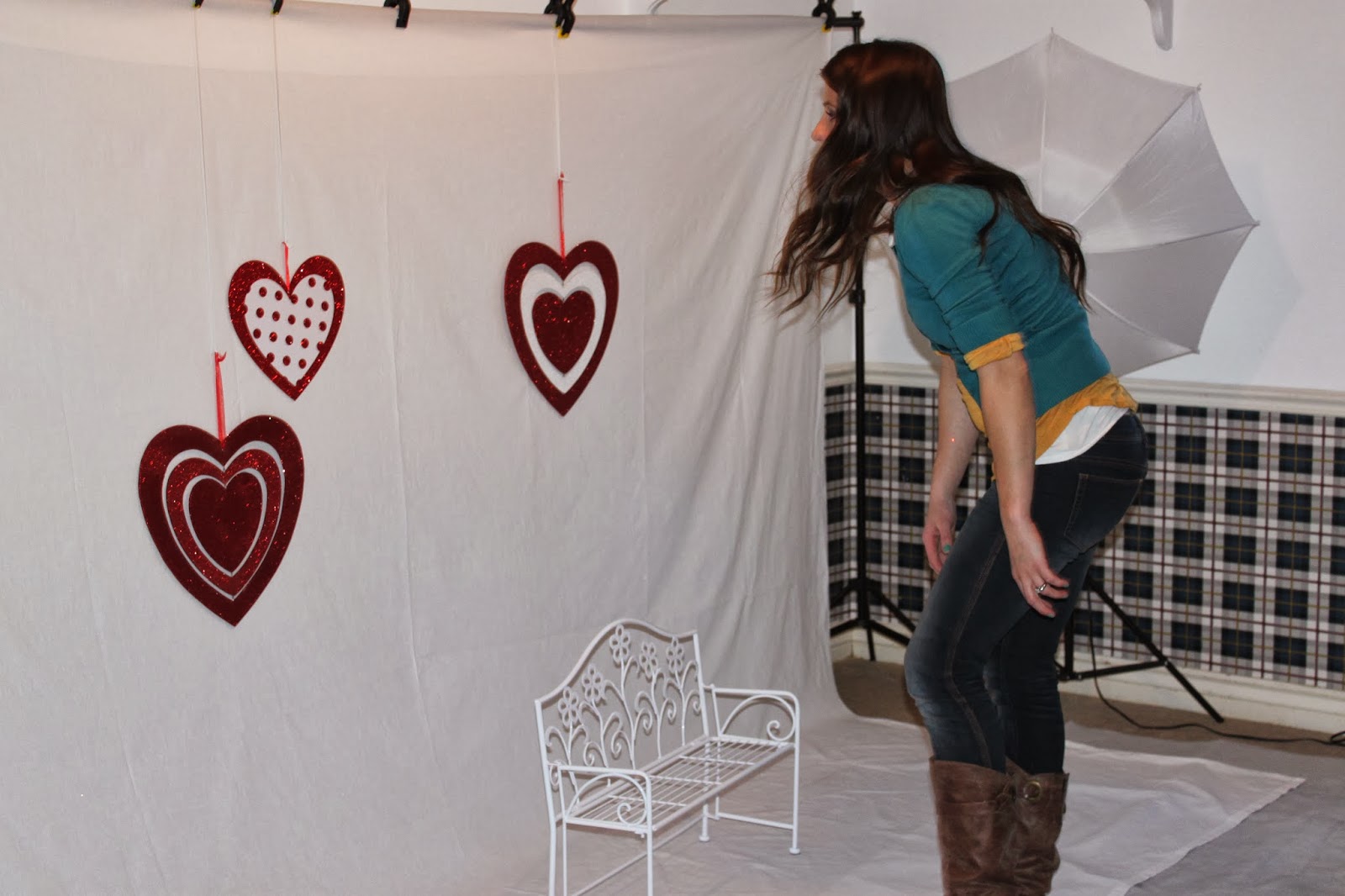 Meanwhile, Marse was hard at work in her new photography studio snapping Valentine's shots of all the kids! 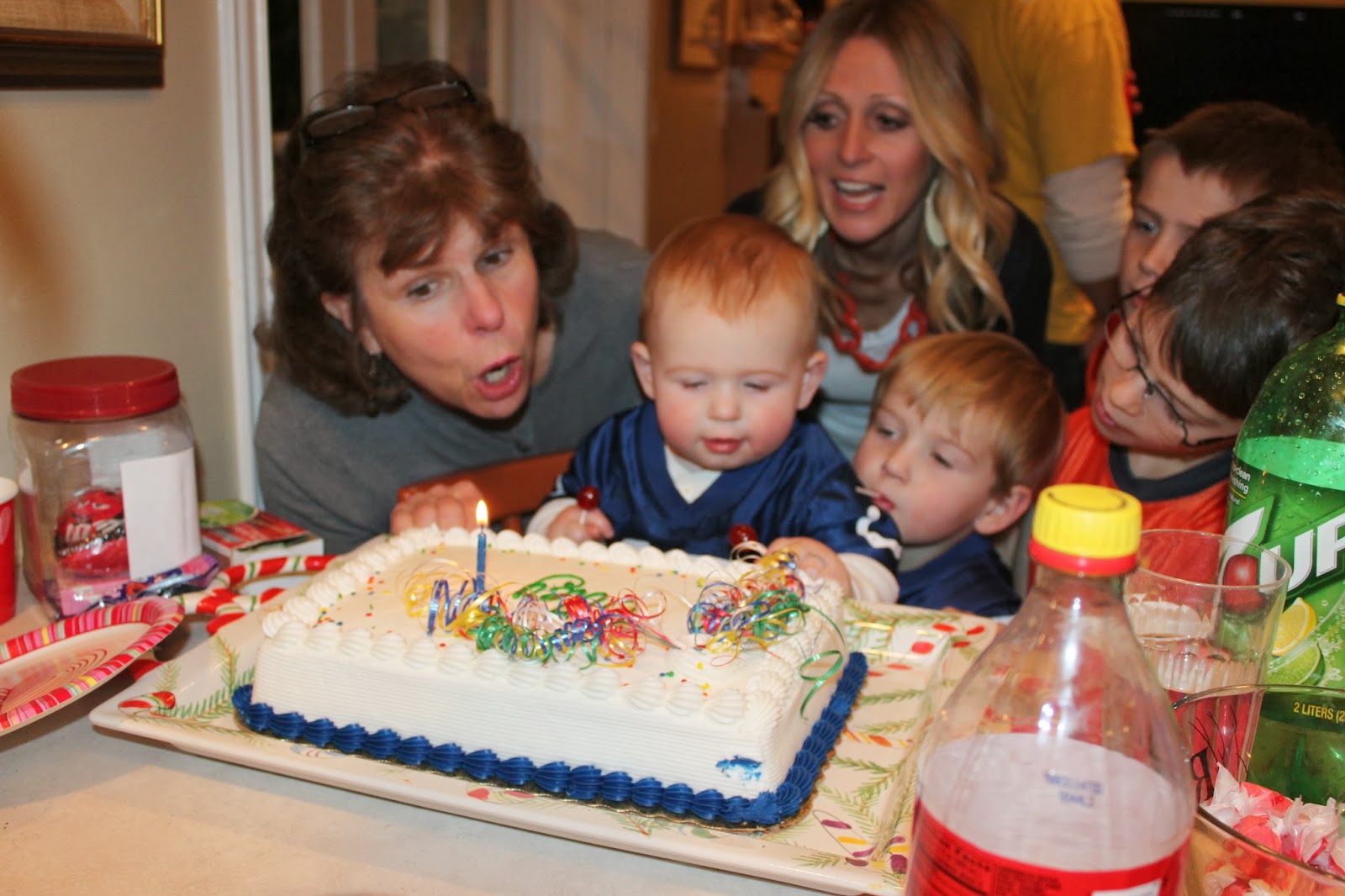 And because Coby and I are good parents and never celebrated Cole's first birthday...Joanne helped make it happen with a candle, cake and the famous birthday song.  What?  Everyone celebrates their 4th kid's birthday 3 months late!! 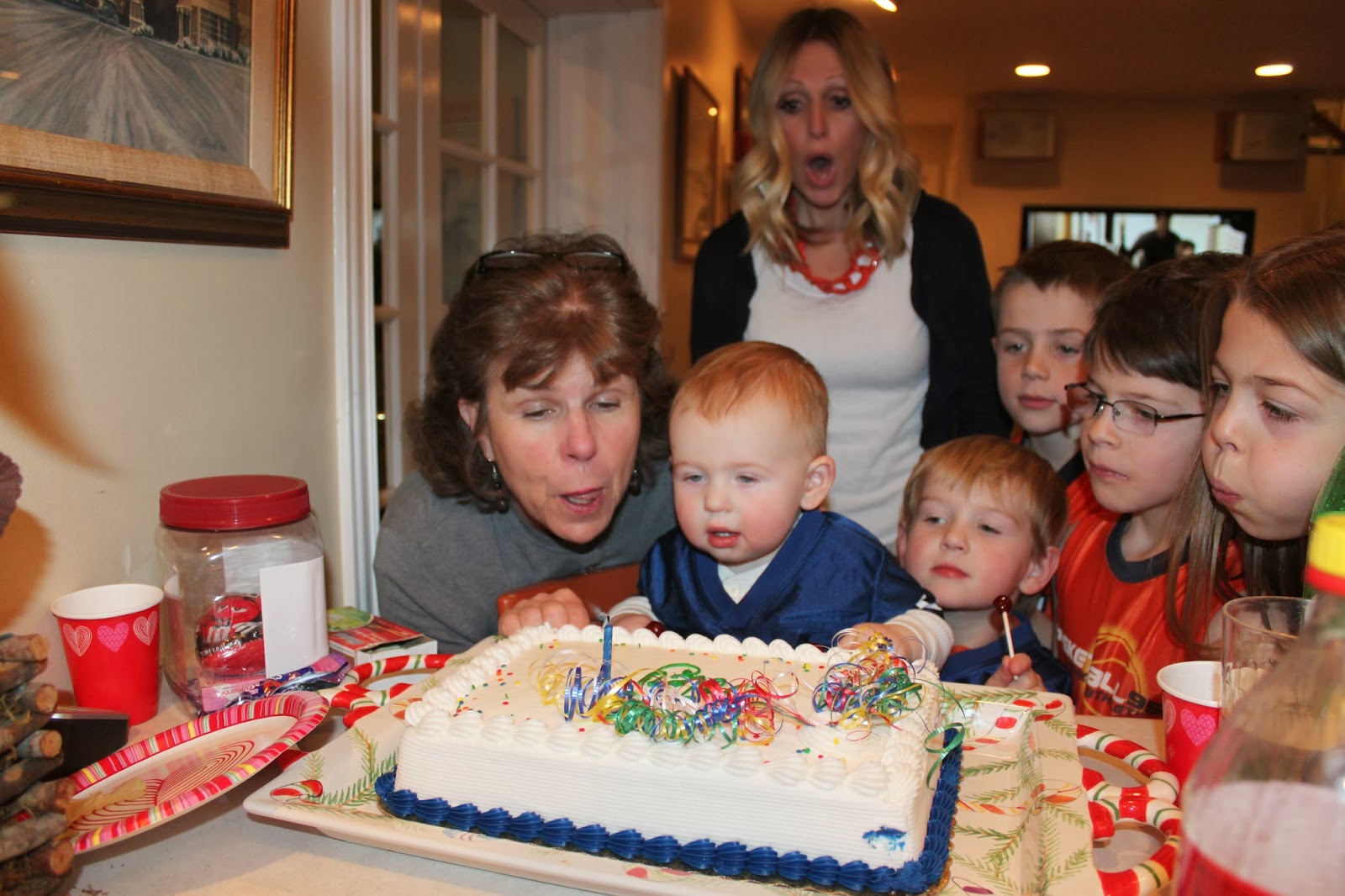 Cole didn't quite know what to do.  He didn't feel the greatest and didn't quite give the super excited response like we would have hoped!  Oh well, at least Sammi, Honey and I are ready to blow out the candles! :)

And....it's OFFICIAL!  The end of football season is here! Can a get a HALLALUJAH or an AMEN! OR I even think Clark Griswald's rant in Christmas Vacation is appropriate..."Holy crap...where's the tylenol?"!!

Fun Party!  Thanks for hosting Honey and giving our boy a reason to have cake with raspberry filling!  You're the best!